I’m more excited about the following article than I have been since my recounting of the hot little Mossad girls from the malls of yore. This being the National Affairs desk, I thought it a great idea to run some current and pressing issues by the man with the training and insight beyond belief. I caught up with Professor Ironsides - not the easiest endeavor - for a dinner conversation one evening at The Peddler Steak House in Boone, NC. Please enjoy; transcription follows: 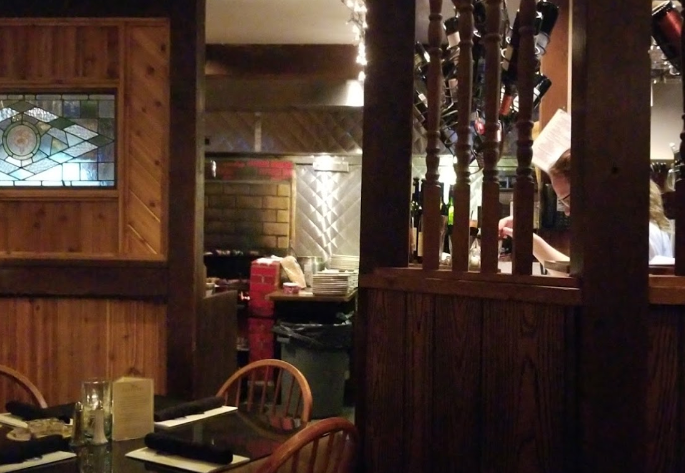 Ladies and Gentlemen! Tom Ironsides! Had just stepped off camera, left...
[The back “western” nook, past the soup and salad bar].
Perrin: “Recording… Tom, again, it’s so great to see you. How’ve you been?”
Tom: “Again, it’s Doctor Ironsides if you please.”
Perrin: “So, Tom, great! MB and the whole TPC audience are really excited to hear all about your opinions on national and world affairs. Where should we start?”
Tom: “TPC? Who the hell is MB?”
Perrin: “Newton County? Georgia? The pizza with Ariana last Spring? It may be confusing coming into the real world for a column. Sorry.”
Tom: “Okay. Sure. It is a little odd. Colors seem slightly different. You look different, this side of the keyboard. Duller and wimpier. Anyway, what do you and your friends want to know?”
Perrin: “Thanks. You must be excited with The Substitute and all!”
Tom: “Oh. I knew it! Here comes the plug for that sad excuse of a novel. The one even I struggled to make interesting…”
Perrin: “Right. The one you hijacked. Was supposed to be a nonfictional expose on the…”
Tom: “Hijacked! I like that. Yeah, the one that otherwise would have never been completed. Another COMING SOON, meaning NEVER, book by Perrin Lovett. Ingrate.”
Perrin: “The one where you were created, you…”
[Young co-ed waitress approaches the table].
Waitress: “Hi, boys! Need more drinks?”
Perrin: “Thanks, darling. I’ll have another Newcastle.”
Tom: “Same here, sweetie. Thanks.”
[Waitress skips back to the bar].
Tom: “Damn. Create some more of those in the next book!”
Perrin: “I know, right?! So…”
Tom: “The book is pretty good. Once one gets by the awkwardness of the writing. Wandering plot. Lack of discipline. An important subject. The protagonist is great.”
Perrin: “Thanks. I guess. Tell me, which was worse, the wars, or the government schools?”
Tom: “I came to see them as one and the same. Or, at least as two parts of the same terrible degradation of our culture. Personally, and this may be hard to believe, but the schools hurt worse. Getting shot was just me. Anything I saw or did out there was just on me. The schools? So many affected. In the classrooms, it is manifestly obvious what damage is done to countless innocent lives.”
Perrin: “Do you see or think you…”
Tom: “All of it perpetrated by the same class of moronic evil-doers. It’s no surprise the way they prey on the children. Their contempt for mankind knows no limit.”
Perrin: “What I was asking. Exactly. Moving on… How are the new center and the classical school development progressing?”
Tom: “Baby steps. It’s refreshing to be back in a genuinely academic setting. You know - you really know - we’re right around the corner here, uh, in the … book world? The school is likely … it’s still on the drawing board, honestly. But, getting attention. We see tremendous opportunity, nationwide, through an online program for intelligent homeschoolers. The center is just Maddie, Ari, and myself, for the moment. That too is garnering interest all over. And, as of just recently, we have a real office. A website. We’re getting there. The college couldn’t be more helpful.”
Perrin: “Those not familiar with Part Three may not follow what we’re discussing.”
Tom: “Read faster! Hang on. Is it even out yet?”
Perrin: “Ha! Oh, speaking of crazy… Now, I’d like to take a brief moment and announce something else of extreme interest and tantalizing possibility. We here at TPC and the C.F. Floyd Column for National Affairs proudly welcome our newest sponsor and advertising partner, The Aurelius Foundation. Aurelius, headquartered in Washington, D.C., and Paris, has been providing strategic insight and actionable intelligence for over thirty years. If your bank, government, NGO, or other deep-pocketed concern has a need for global information geared towards decisively terminating and/or profiting from conflict, then please contact them. We’re so glad they’re along for the ride! As they put it: ‘There is knowledge, or there is failure.’ Thank you, dear new friends, and welcome!” 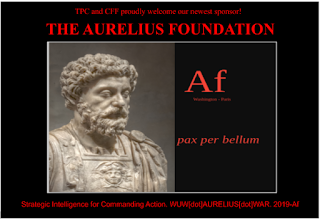 Tom: “What the holy hell was THAT!?! AURELIUS?! Really? Do you even know what…”
Perrin: “Relax, big guy. I’m sure they’re something else entirely in the real world. Besides, we haven’t even written that animosity just yet beyond the sketches. Just an ad.”

Perrin: “Oh, wow. No. He forgot. Forgot all about his other date!”
Tom: “What other date?!”
Carmyn: “Darling!”
Tom: “Carmyn!? How are you here? In this world?”
Carmyn: “I don’t know. But however it happened, I owe it all to sweet Perrin. Good evening, My Lord.”
Perrin: “Evening, Adrestia. Yes, I still have some power here.”
Co-ed: “Are you a wizard?”
Perrin: “...Sure! That’ll do. Now, I think we were on our way to my hotel room … uh, my penthouse luxury suite. You were going to show me those gymnastics moves, right?”
Co-ed: “Oh, baby, you have no idea!”
Perrin: “Yes. I do.”
[Perrin and the (suddenly) 9.9+ super-hottie instantly teleport away, leaving behind a joyful Carmyn and a bewildered Tom].
Carmyn: “Let’s go shopping, darling! For hours!” [Begins dragging Tom…].
Tom: “Oh, no…”
Carmyn: “Have you seen how pretty Hudson Leick is in the real world?!”
Tom: “Who?”
**As evidence of the veracity of the foregoing, I offer this photograph: 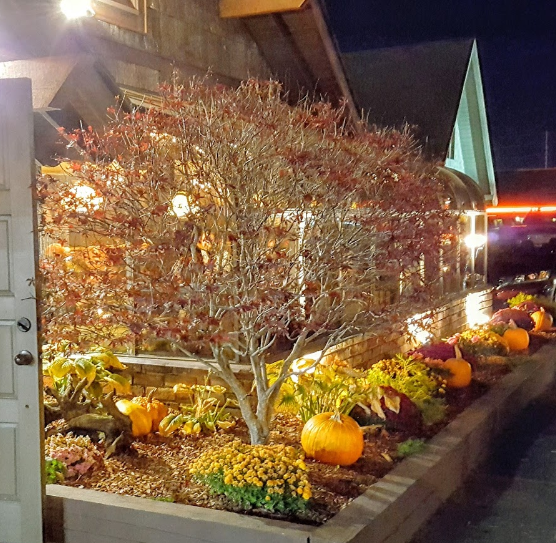 MB must appropriate funds for a professional photographer...