The TPC Halloween Spook-tacular: “DUKE MARSHULA”
*Brought to you tonight by LIME CHIP! Soda
The Mor-Doh Pa$$, Newtonvania, a minute till midnight…
It was a cold, dark, dreary, and other foreboding adjective-laden night. An electric current haunted the cold, listless air. Young Ellis Harkersaps stared blankly at the dark, imposing figure, seated astride the imposing, dark horse. The neophyte solicitor’s lips quivered and quaked as a voice spoke words - words, cold, dark, and raspy - to disturb the dreary, electrified, miserable, lonely, et cetera evening vapors,
‘My Toyota is fast and my wives are hungry, my friend! You’re late.’
The stagecoach driver removed a gnawed cigar from his mouth, spat, and replied, ‘Geesh, muh Lard. Blimey, but it was a smidgeon to nab dis Angleshman from tha arms a them haggard gypsy Uber womans.’ He spat again and made exaggerated I-talian-esque hand gestures.
Upon receiving a polite, yet dire invitation from the horseman, Ellis Harkersaps departed the coach and stepped into the hollowed-out shell of a rusty Yaris coupe, rigged strangely behind the menacing, opaque horse. The coachman cracked his whip, cursed when the frayed leather ribbon snapped in half, and slowly plodded away. Ellis thought his captor-driver might have, in parting, called after, “Go Dawgs!”
Along a dark, narrow, winding, worn, untidy, ill-kept, and completely unsafe-looking path, the horseman led poor Ellis. Somewhere beyond sight, deep in the darkness under a sky without moon or stars, a cat mewed mournfully. Upon crossing what felt like a crumbling speed bump, the driver announced,
‘At last, my young friend, we are arrived at the magnificent CASTLE MARSHULA!! It is, you must know, available for rent, some weekends, via Air-B-n-B. Local taxes and moderate cleaning fees apply…’
The demented driver pulled the heap away at a crawl. Ellis surveyed the manor and huffed under his breath, ‘Castle?! Looks like a common, condemned and abandoned Rite-Aid…’
‘I heard that.’ A gravelly voice echoed from somewhere. 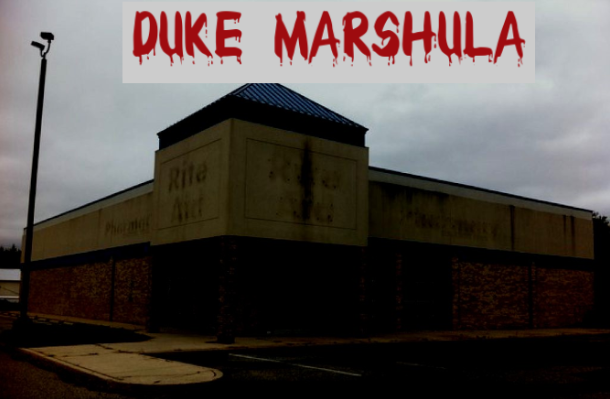 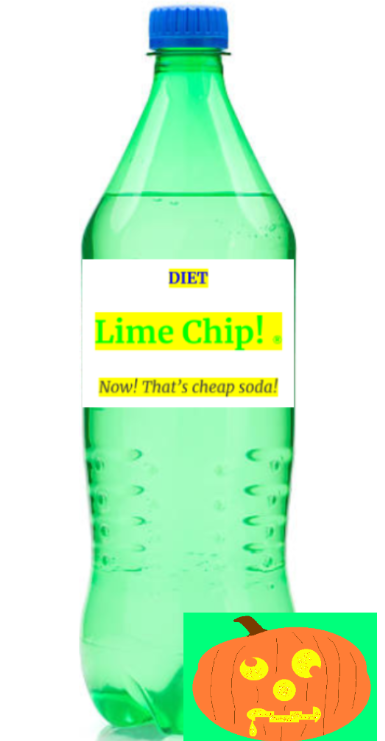