Hey, guys! How goes it? Good, I hope. Things are okay here. We've got toilet paper & a fair amount of food; I've got a good bit of liquor & cigarettes. #TrulyBlessed

Oh no, I just thought of something - I hope no one sees this headline & thinks that maybe there's a case of Coronavirus in Covington. As far as I know, that is not the case, but if you're finding yourself here because of that, you might as well stick around a while. Also, maybe click on one of the Ads you see. As TPC's numbers grow, we get better & better ones! In fact, just the other day for the first time ever, I saw a Chick-Fil-a Ad on the digital pages of The Chronicles. Not too shabby.

Anyways, before I get started, I'm starting a new weekly feature entitled: TPC's Guide to Greater Grammar. For our very first one:

So the impetus for this piece was a Facebook comment I got from one of my left-leaning friends on a post I did on Thursday where I basically said that me & the 40 students I teach for the current Real Estate Salesperson License Class at American REU were all present & accounted for & that we were basically badasses & how ain't nobody got time for that anyway!

My friend posted a link to that Medium (I think) piece that's made the rounds where this guy was like - THE TIME TO ACT IS NOW!!1! CANCEL EVERYTHING!!!1!11!

I was about to respond when I thought to myself - you should just go ahead & post this at the ole newssite!

Look, folks, I kind of came around on the major sporting events thing. I'm still a little disappointed & unimpressed, but ultimately, I can kind of get it. Furthermore, the semi-agreed cutoff of around 500 folks for events, is, somewhat surprisingly, somewhat logical to me. Again, not really in full agreement at all, but I can...you know, I can dig it. As I've spoken of before, we've got these precious ones amongst us. Some of them just don't have the disposition or constitution that we have. We have an obligation. #ThyBrothersAndThySistersKeeper #TheoryOfConstraints #EliGoldratt #Herbie

But there are some out there that are positive that these actions are simply NOT ENOUGH! A lot of times, these are the same folks who've been ramping up the attacks on Trump et al here lately & seemingly starting to go into fever pitch mode now.

First off, y'all just chill, Dawg. Besides, most of us are not in the mood.

I remember a few weeks ago when the Dems, particularly Schumer, jumped on Trump for shutting down travel from China to America. Yes, yes indeed, for a a few days the narrative was that Trump was overreacting! That's a fact. Then, obviously, he wasn't doing enough.

And there's a lot of other noise in the system. And as many of you know - I ain't a MAGA guy, but sure as hell not a Never Trumper.

But enough w/ the backstory, this is what your friendly, scamp-of-an-erstwhile correspondent saw out & about today:

Traffic was way busier around town that I was expecting. Yesterday, as the day went on, traffic really got light, but not today.

The Square was absolutely bristling with activity.

And by the way, we had class today. Everyone was there plus two who weren't there Thursday night.

Looked like Amici, Your Pie, City, B&B, Mystic & everyone was doing a pretty good business. Many, myself included, are worried about our food service friends. I've been doing my part. Have you?

And what really put a smile on my face was this: Prom. Kids taking Prom pictures, a good bit of them. Thought they'd canceled the Proms? Maybe officially, but these kids don't need any official Prom. They need no state or school sanction. As long as they've got themselves, their fun, their unbridled hope & optimism, these kids are alright!

After I wrapped up, I went by my all-time favorite grocery - my store - the west-side Ingles.

They basically had everything except eggs, toilet paper, ground beef, hand sanitizer & Lysol. Everything else was looking pretty good. Staff was super friendly. They do such a good job over there.

But the best happened after I left. I went to go out the back way over by Ginn, as I always do (who are these people trying to turn left out of the Old K-Mart Shopping Center onto Turner Lake??! They're a problem, right up there with the left turners over at Floyd & 278 [And don't get me started on the morons trying to turn left onto 81 from the QT...I just can't even...]),

& saw a sight that gave me the feels

When you pull up right there, by the Ginn oil change spot, you have a good, long-range view of I-20's westbound traffic, you see, & right when I pulled up I saw 8 tractor-trailers, almost looking as if they were in formation, barreling down they highway.

And it hit me.

That's America. And I knew right then that in at least one of those trucks there was some toilet paper heading somewhere where it was really needed.

These drivers aren't going to let us down, nor will these workers, nor will you.

With a warm & full heart, 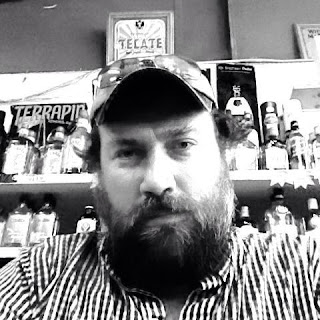