Shelter in Place or the Terrorists Economy Virus Wins

First, the good news: Guess who is the owner of 18 brand new and hopefully unused rolls of toilet paper? That’s right. This guy! Ah, the simple pleasures of good old apocalyptic ‘Murica. As an added benefit, I received the eternal blessing of staying saaaaaaaaafe from every mask-clad woman I encountered at Publix. I had found some excess cash which I had hidden away for future vices. So, upon making off with Mr. Whipple’s delight and before returning to the bunker, I sought to entertain myself with a burger from a local eatery. They were closed, as was the I-talian joint, the gym, the rec center, the library, the bar, the other bar, and even the cigar lounge. Friends, when the cigar club shuts down, we have a problem. 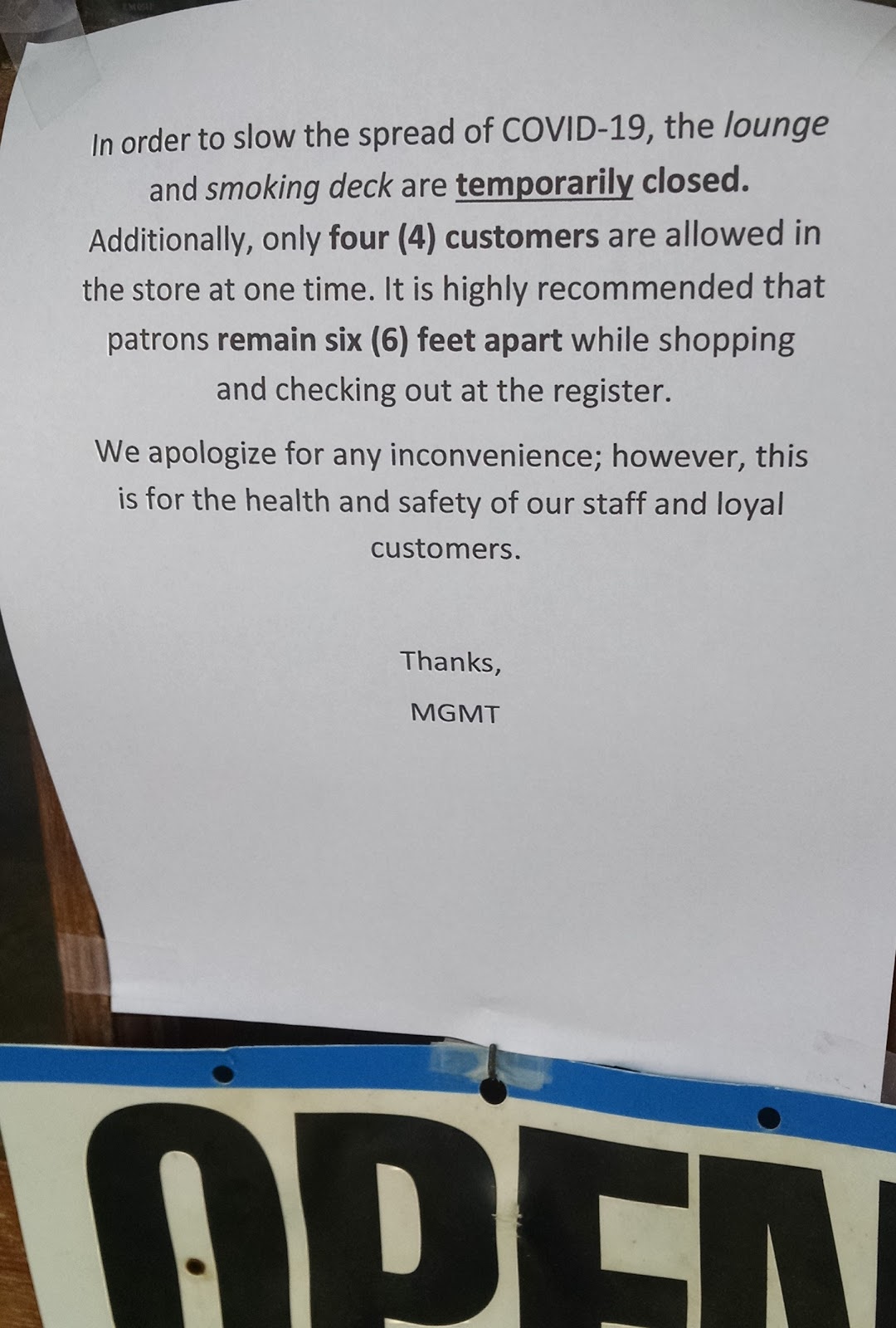 Flatten the reserve… Picture © by Perrin Lovett - free for usage except by law firms and ad agencies.

You might not have heard, but America is experiencing what may be the largest, most lethal health event in recorded human history. The media is intentionally obscuring the numbers. This year alone - from January 1 until today - the death toll is closing in on 200,000! Those poor souls add to the 60 million tiny babies already wantonly murdered in this dead nation since 1973. It’s not just an atrocity, it’s a genocide, a holocaust. Never forget? Never again? This being a crime crying out to Heaven for vengeance, we might expect God to act, like with a plague or something. For now, we have to settle for an economic depression.

The warnings and observations of Dr. Todd Vispoli are coming true as each new day passes. It’s almost like he, or rather, the pen behind him, is prophetic. The idiots in Washington are moving mountains to gin up trillions of dollars in alleged remediation for the financial calamity wrought by those same idiots and the very same usurious thieves they plan to give the money to. Orange Man blasphemes about a “resurrection” by Easter (when the churches will still be closed, I imagine). Interest on short-term Treasuries dipped well below zero in a display of the actual value of the currency (of which there will soon be at least $6 Trillion more). Viral unemployment benefits and fake tax rebates start to look a whole lot like universal basic income. The Federal Reserve is set to receive new and greater powers to issue more “digital currency” from their crystal ball of doom. All of the irresponsible, anti-American, globalist-minded corporations and otherwise bankrupt industries cue up like hogs at the trough.

Millions of citizens in the “land of the free and the home of the brave” cower inside their homes, venturing out only to fistfight over basic necessities. The public schools continue their unique brand of abject failure, only now, in a digital classroom that nobody understands. And, in general, the more susceptible among us are beginning to crack. Not that bad, yet. It’s not like SWAT teams are called to remove deranged neighbors or anything.

And, my curmudgeonly senses are tingling. I sense some other disturbance brewing. Have any of you noticed, during all of the endless, foolish press conferences and pundit gibberings, the constant echoing of words like “invisible enemy,” “battle,” “defeat,” “war,” “war-footing” and a few others? They’ve all got the same script and they’re hammering it relentlessly. Why do I get the strange feeling that the powers are psychologically conditioning the public for something?

A few other questions:

Why did so many prominent CEOs suddenly resign and skip town a month or two ago?

If all non-essential offices are supposed to be closed, then how the hell is Congress open?

If you get $1200 “free” from Uncle Sucker, but there is no toilet paper available to purchase, do you use the fiat to wipe your ass?

If Washington can afford to part with Trillion$ in giveaway cash, then why do we have to continue to pay taxes? Seriously, if they can print an entire year’s GDP in six months, then why have any taxes at all?

Is a combination of Chloroquine and UV radiation effective against usury and tyranny?

Will there be another pointless election this fall? Would that matter, either way?

Why did my intel source suddenly get quiet when I joked about “Them” releasing COVID-19 in October?

Which country(s) is all that war talk aimed at?

When, if ever, will the sheep notice the rabid werewolf rampaging amongst them?

Wouldn’t all those terrible carcinogenic chemicals in the fragrant cigar smoke kill the invisible enemy?

My leathery buddy requires no bailout and is immune to the Chinese bug, though he may have problems if the restaurants continue to stay closed. Picture © by Perrin Lovett - free for usage except by law firms, ad agencies, the MSM, and the University of Florida.