*ed. note: well, the whole Mikovits situation has been quite the thing, hasn't it?

Obviously folks are passionate about this, especially those that want you to know how stupid & ridiculous you are to have even thought about watching that video...

However, it still doesn't change the fact that Fauci is directly involved w/ the lab in Wuhan, nor does it change that several of the things mentioned in "Plandemic" are factual.

It's all so interesting.

Regardless, here's a piece by guest columnist Bobby L. Nettles.

Depending on what team you're on, you'll either love it or hate it.

If you watch the refutations to the Mikovits video, you quickly realize the debunking strategy is pretty typical..
1) She's a craaaazy anti-vaxx loon.
2) Her research was debunked and pulled which discredits her and it.
________________
To the 1st point - she wasn't a crazy loon until she became a whistleblower. Before that she was a highly accredited, working scientist that went into her field to help people.
Now she's somehow a craven attention whore willing to spike her own research in a painfully debunk-able and sophomoric way that she had to know would eeeeeasily be detected - ruining her career and reputation.
Seems legit.
2) Her research wasn't pulled in the normal way. Apparently it was incrementally pulled - which is unusual.
The part being left out is that her research was in fact replicated after the fact.
It appears she's not anti-vaxx at all as many falsely label her.
She says as much.
What she IS, is anti- what was in many vaccines... So kind of like me.
For Those Who Doubt the Plandemic Movie
I researched some of the “facts” going around claiming to have “debunked” the movie, which are being regurgitated by many who prefer to remain asleep.
Remember - when they call you 'Crazy' you've become dangerous ... 😎
1. Dr. Anthony Fauci has worked at the National Institute of Health (NIH) since 1968 and has been a Director with the organization since 1984, “both as a scientist and as the head of the NIAID at the NIH”. A simple Wikipedia search resolved that one.
https://en.wikipedia.org/wiki/Anthony_Fauci
2. The NIH was one of the institutions funding the original study published in 10/23/2009, which Dr. Mikovits participated in and makes reference to in the Plandemic movie. Dr. Fauci worked at and continues to work at the NIH, one of the primary financial contributors to the study as one of it’s most senior directors, so you can indeed say that Dr. Judy Mikovits was in fact working for Dr. Fauci. I have downloaded the complete original study and saved for you to access here (highlights on page 3 denote Dr. Judy Mikovits’s participation and her employing firm) (highlights on page 6 indicate the institutions which provided the funding for the study):
https://drive.google.com/open…
3. The study was challenged in 2010, when other researches could not replicate their findings and in September 2010, the original team, inclusive of Dr. Judy Mikovits issued an official response supporting their work.
https://drive.google.com/open…
4. After which the original study was partially and then subsequently fully retracted (a very rare move in science). The partial retraction document states that two of the co-authors, Robert Silverman and Das Gupta (whom the original study listed as working for the Department of Cancer Biology) re-analyzed the samples they used and discovered that they had been contaminated. Please refer back to the first link provided herein, for item #1 showing the original study, indicates on the document that it has since been retracted.
5. That she was arrested and a quote from the prosecuting district attorney, that said the charges were dropped because "there were issues with the witnesses".
https://www.sciencemag.org/…/criminal-charges-dropped-again…
6. In September 2012, Dr. Judy Mikovits and a team of other scientists conducted another study replicating the original one and published their findings, ultimately resolving the scientific communities dispute over the original work.
https://twp.duke.edu/…/files/file-attachments/1441.full_.pdf
https://www.sciencemag.org/…/final-study-confirms-virus-not…
https://mbio.asm.org/content/3/5/e00266-12
7. As previously shared in another post, Dr. Fauci does in fact hold a large number of patents related to HIV (as Dr. Judy Mikovits states in the video). He also holds numerous patents related to the Novel Coronavirus.
https://patents.justia.com/search?q=Anthony+Fauci
https://www.wsj.com/articles/SB113383825463714813
Other Interesting and Related Facts:
The Bill and Melinda Gates Foundation has appointed Dr. Anthony Fauci to their Vaccination Action Plan.
https://www.gatesfoundation.org/…/Global-Health-Leaders-Lau…
Bill Gates personally owns a number vaccine related patents (amongst many other interesting and unrelated patents):
https://patents.justia.com/inventor/william-gates
Pirbright, a company funded by The Bill and Melinda Gates Foundation owns European protecting replication of a variant gene of an avian infectious bronchitis virus.
European Patent# 3 172 319 B1 https://data.epo.org/publication-server/pdf-document…
Here is proof that Pirbright is in fact funded by The Bill and Melinda Gates Foundation
https://www.gatesfoundation.org/…/Grants-Database/Grants/20…
Pirbright also a US patent on the Coronavirus (you will need to scroll down quite a bit to see the owner and inventor they really covered every base on this patent.
https://patents.justia.com/patent/10130701
Vanderbilt University owns a large number of Coronavirus vaccine patents:
https://patents.justia.com/patent/7452542
Dr. Anthony Fauci and the Director of Vanderbilt University go back..
Here you see them lobbying together: https://news.vumc.org/tag/anthony-fauci/
Here it mentions how they went to college together:
https://news.vumc.org/tag/anthony-fauci/
Also as previously shared in another post, the polio vaccines the Bill and Melinda Gates Foundation tested on children in the Africa, causing an outbreak of Polio from the vaccine itself and paralysis on the children.
https://thebulletin.org/…/vaccine-causing-polio-in-africa-…/ 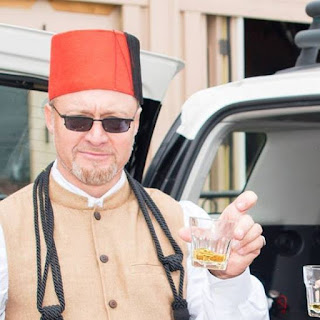