[Perrin Lovett] - Regret and a Few Other Items

Before the warranty ran out, they used to come to our house. I can still see those old, green Sears Roebuck and Company service trucks rolling up the long gravel driveway. After the warranty expired, when the little riding mower needed tuning - and it usually did - we had to take it to the store. In all circumstances, they kept the blades sharp. Surgically sharp.


One day the old man was circling through some tall grass in the backyard. As he passed by where my maybe four-year-old self stood just off the carport, something flew out of the deck chute. It landed and started hopping. I investigated. At first, I thought the large toad had been very lucky. It seemed okay. Then, I noticed its head. The top was missing, sheared off by those surgically-sharp blades. The cranial space where I supposed a frog’s brain should reside was empty, an open concave depression. Via hyper-lobotomization, Craftsman instantly converted this poor amphibian into a politician! It didn’t seem to mind, however, continuing to blink and hop. Content with the transformation, Toadie disappeared around the corner, out of sight, and out of memory until recalled by recent events.


Part three in a developing series about education in the new abnormal will come along in the near future. I hope. For now, it’s Regret and some other odds ‘n ends. We all have regrets. Here’s mine: 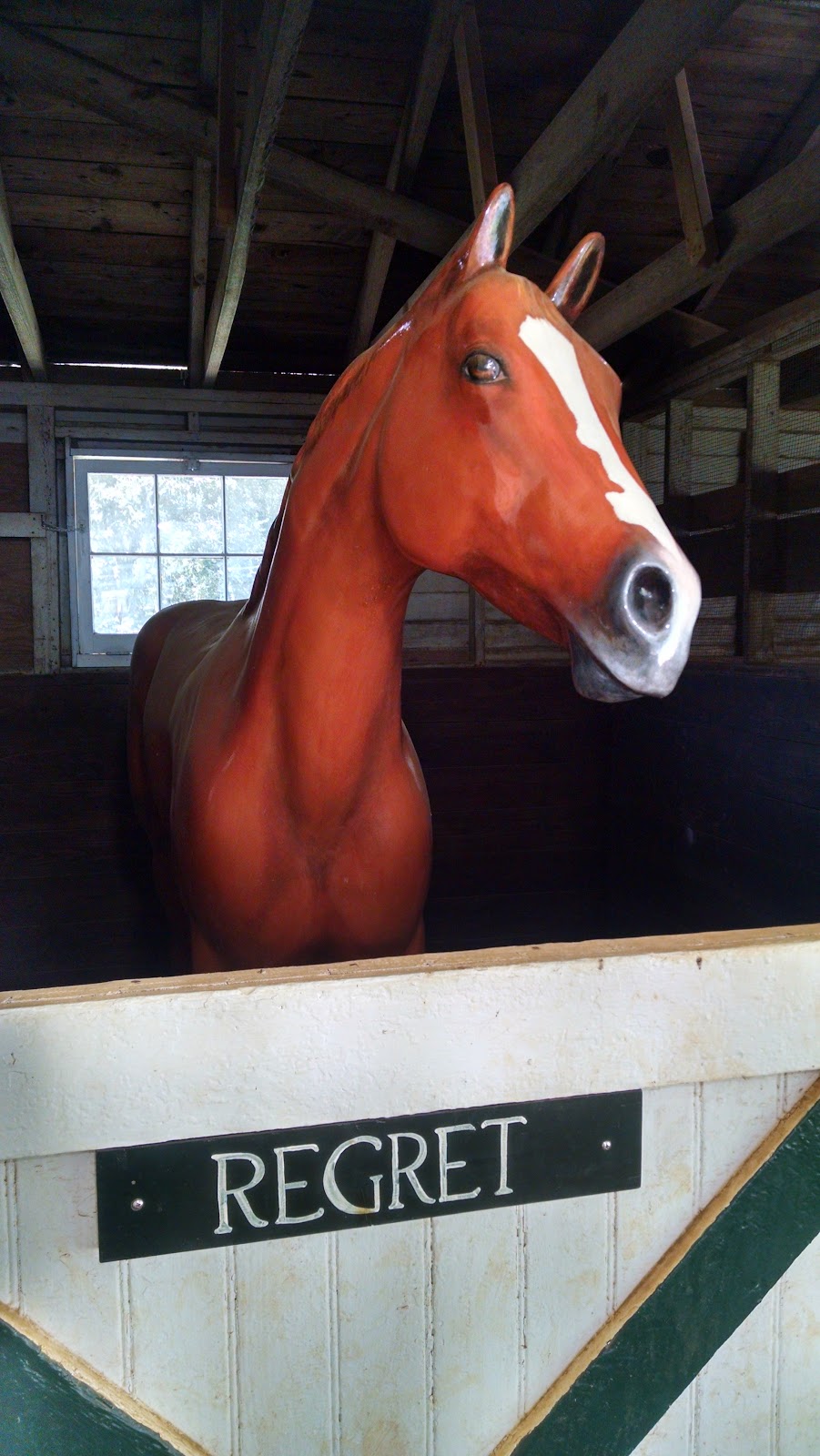 
In 1915, Regret became the first (of three) girly horses to win the Kentucky Derby. This accomplishment came without the benefit of and fifty-seven years in advance of Title IX. Some suggest she was the original gurl-power inspiration behind the WNBA. What’s your excuse?


Fear, you say? Well, you should be afraid. Some people throw around the word “fear” like it’s a bad thing, like it’s that other, really bad “F” word, you know, freed@m. Fear is good! We were given fear to help us be afraid. Fear is an American Value - life, libertine, and the pursuit of fear. Remember, we must socially distance ourselves because we’re all in this together. As Duuuuh-bya “The Decider” Bush just remarked: “If we don’t rise the virus, we’ll can’t be beat again. Heh, heh, heh.” No, I still don’t miss him yet.


I also don’t miss going to the grocery store without constantly being reminded that we all need to “stay safe” - cause that’s just what I think of when I go to the grocery store! I don’t miss people walking whichever damned way they liked down the aisles, buying as much bacon as they wanted. I certainly don’t miss the days when nobody cared about you because you hadn’t yet put on the mask. Where yo mask? Wear your mask!


Just kidding! I really, really, really care about your fear and saaaaaaaafety (imagine a sheep bleating that word, painfully). However, I must inform you that the mask probably isn’t enough.


Let’s flatten the curve. Get that disinfectant inside you somehow. The invisible enemy can’t win if we all pretend we’re astronauts. As such, do it right! Wear a gosh-darned NBC suit! That means a total hermetic seal and an independent air supply. Order your suit HERE. Don’t forget the SCBA kit! And, remember, all the protective gear in the world is worthless if you don’t decontaminate before you take it off. Get a decent shower booth or airlock for Fauci’s sake! Yeah, yeah, it’s a little pricey. Just do it. We have a war to win.


Speaking of war, I have to admit that the Imperial biowarfare attack on China and Iran has been a smashing success. What appears to be sloppy blowback is nothing more than spectacular confirmation that the people will put up with anything - while demanding more. And more is coming...


Speaking again of war, something is amiss in the Pacific Ocean. You’ve not heard about it from the mainstream media, so it must not be that important. Even if it is just the usual advanced decay of a dying empire, rest assured that if a swarm of sea-skimmers sends a carrier or two to the ocean floor, all deceased crewmen will be counted by the CDC as “virus” deaths.


The CDC’s numbers are about as funny as what comes out of the Treasury. It occurred to me this weekend that the Empire has racked up as much debt THIS YEAR as it and the former Republic did from about 1789 until the mid-to-late 1990s. By the end of this year, the equivalence might span from 1789 until around 2008. How does the $10 Trillion ANNUAL DEFICIT sound to you? Yeah! If only we had a Republican Senate and a conservative businessman in the White House! The good news is that we’re flattening the invisible economy. The Fed has printed nearly an entire year’s GDP *POOF!* of new fake money, in only about eight months. Hold our beer, China. We’re setting records! USA! Usa. u…


Okay, and now we come to a literal pandemic, the one that’s 1,000 times deadlier than the Hoax of ‘20. We also find out if child murder gets added to The List of subjects that may not be criticized (the too real story). The great horror of our sad time is abortion. I’m not in any way suggesting that Eric Rudolph had the right idea about the clinics, I just wanted to type “Eric Rudolph” and “the right idea” twice in one sentence. But I do agree with Ann Barnhardt: we may effectively call the true American national date of death as January 22, 1973.


There’s been much buzz recently about homeschooling. I’m for it while the usual suspects are against it. For them, home school is somehow an authoritarian abomination but home abortion is the right (and now easy) thing to do. The modern magic of the “TelAbortion” has helped double the rate of infanticide in some states. At a time when decent people could expect another baby boom, Americans are adding to the most ghastly set of statistics ever assembled. In the past 47 years, the great and exceptional dead nation has slaughtered 62 Million of its own children, 300,000 of them killed in the first four months of this year. With figures like this, one need not even contemplate the unimaginable international toll.


What are we to do about all of this? Just blink and hop along? At least the brainless frog didn’t chase after my dad, demanding more.