A Quick Check-in From MB: #NewtonCo Dynamics; #COV Dynamics; the Future of The Oaks...?

Let's talk about it.

Stephanie Lindsey, Attorney-at-Law Extraordinaire, celebrated her birthday this past week. It was quite the celebration apparently.

Chairman of the Newton Co. Board of Commissioners, Mr. Marcello Banes, sent out a special congrats on Facebook to his "Sister" from another mister.

I know for a fact that multiple screenshots of that post were taken & quite possibly sent to various other attorneys for perhaps a certain reason.

While several commended me on my retraction on the Ronnie Cowan/Madam Coroner thing (and thanks for that, friends - it is truly appreciated), Ronnie Cowan still apparently wasn't impressed based on his communiques w/ me.

No, he seemingly was still in full-on bitch-&-moan mode.

I almost texted him the following but decided I would just share it here amongst friends:

Ronnie is starting to remind me of Keith Ellis circa 2014-2016, in that he will say something on the public record - his words - but will then want someone else to explain to the plebeians that they simply misunderstood what their eyes & ears were telling them.

Ain't nobody got time fo dat!

Egad. What a mess.

Well...what do you expect w/ Fleeta & Dirty Don on there. The one that might've been open to common sense now has election fraud hanging over him.

Who does that leave?

Is there anyone else?

I'll have to wait on that one.

Also, his staff is short on follow through. I can tell you that 100% from direct experience.

It's all in Porterdale's hands now.

I might be worried if I thought they were desperate for revenue or something.

P.S. In case you didn't notice, I'm pretty much all out of F's to give at this point. Hope all is well! 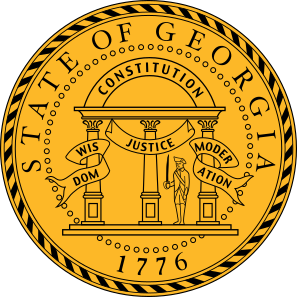