MB McCart: An Open Letter to BOC 2 Rep Demond Mason - Who Do You Think You Are?

It's that time of year again, friends. It's Budget time! Over the last couple of months all of the department heads & constitutional officers have been putting together their proposed budgets, usually asking for way more money than they need (or could ever expect to get), and then the finance staff, county manager & the members of the BOC start to look it over.

Of course, the real fun comes once the assessments come in from the county Tax Assessor. That's when all the players know the Big # - the true tax base - and then based on what that is, and what the budget requirement is, they come up w/ the millage rate.

It's always a lot of fun & very enjoyable for everyone in involved, especially members of the Citizenry!

Yeah, it's not exactly good times - particularly for the folks that have to vote on it (BOC) - but it's a key part of the job. Nobody said it was easy, and usually the BOC gets it fairly wrong.

And that brings me to BOC Rep Demond Mason & his recent comments.

"I don't want the board to get into a big debacle."

"Let's be positive. We say we want to be positive," Mason said. "Let's make positive impact. Let's not look at the negative all the time." 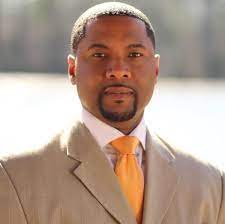 Mr. Mason, it is every Newton County Citizen's God-given right to be just as dramatic & negative as we damn well please!
And this is not the first time you've said something similar to this.

You are a POLITICIAN! You signed up for this. You wanted this. This is part of the job description.

Just so we're clear on that.