Maryanna still felt like a schoolgirl, shifting on her old twin bed. She answered his question with one of her own: ‘What do you think our new friend is doing tonight?’
‘Something with a purpose, I’d guess,’ he answered. ‘Whatever it is, we’d probably be better off not discussing it now. The big guy honestly still scares me. Not like, you know, other things. But. At least he meets with Father Alojzy’s approval. Did you see him before you left town?’
‘Yes. He’s so sweet. Gave me the cutest card. And a blessing for the trip. Said he had you something, but you’d already flown out. We need to see him next week.’ There was something about the way she said we.
‘I need to see you.’ He put his own emphasis on the statement. ‘Miss you already.’
‘Yeah. It feels like it’s been a year already. Listen, what we’ve been talking about, about us - you’re the present I’ve been looking for. Meeting you was the best thing that -’
‘I know what you mean, Maryanna. It’s what I’ve been thinking about. You. Well, and the other business, but the thoughts about you… You, I need you. I love you.’
‘I love you too!’ the schoolgirl was almost giddy now.
‘Well - we’ve said it!’ he laughed as he spoke.
‘Got that out of the way, huh?’ she said, positively giddy.
‘And, we’ve got something else to talk about now, something positive. I thank God for you.’
‘And I for you.’
‘Well, good! It’s getting to be family time here. I’d better let you run.’
‘Same here. I think my brother’s listening outside the door!’
‘Give Corby a hug for me.’
‘I will after I slap his little head. He really likes you. Hey! Is your cousin coming? With his daughter?’
‘I think so. In the morning maybe? Driving in from Jax. I’ll let you know. You’d like them both.’
‘Yeah, let me know. Let’s talk for a long time tomorrow. Oh! Saturday, I can definitely get you from Reagan!’
‘Great! Like Uber with a kiss?’
‘We’ll see about that…’
‘Merry Christmas, Maryanna.’
‘Merry Christmas, Roland. I love you.’
‘I love you. Talk to you tomorrow.’


A Little House at the End of a Quiet Road, Cranberry Township, Pennsylvania…


Maryanna clicked her phone off and squealed. A thump in the hall and a muffled laugh gave Corbett away. She took it easy on him when she threw open the door: ‘Go to the living room, little boy! Get! Or, I’ll personally stop Santa Clause tonight!’
The siblings found mom and dad talking by the heater and drinking eggnog. Corby bounded in - as fast as one may bound with a walker - and announced the news: ‘They’re in love!’
‘Hush, son.’ Steve cautioned the boy. ‘Let’s let her make her own-’
‘So?? He is special. Anything to tell us, dear?’ Mom ushered Maryanna next to her on the sofa. Her daughter was glowing.
‘I think he’s… he’s as close to the one as I can imagine.’ Maryanna answered as she tugged and pulled on her mother’s hands, a broad smile on both their faces.
‘I knew it when he drove all the way out here,’ Steve said. ‘I’m happy for both of you. ‘Maybe you can move back here, or down to Georgia and leave all that craziness in DC where it belongs.’
‘In due time. There’s still more than a little of the madness to work through.’ Maryanna said as she gave earnest thought to the suggestion.
‘Enough of that!’ Mother countered. ‘Let’s have a toast to … the happy couple! And then, let’s open a few gifts!’


Roland walked onto the back porch. His father was stoking a roaring fire. Looking up at his son, he spoke: ‘You just missed Charlie Roman. He said to wish you a Merry Christmas and left a book for you. It’s right there on the table. Said it’s by a friend of his.’
Roland picked up the book and studied the cover. Then, he fixated on the author’s picture on the back. ‘Oh, my. I know him too. Maryanna and I met him this fall in Washington. Doctor Thomas H. Ironsides. Wonder if he writes as well as he fights.’
‘What’s that dear?’ Mrs. Hubbard asked as she closed the door to the kitchen.
‘Oh. Nothing, mother.’ Roland answered softly.
‘Well. Tell us about Miss Maryanna. I framed that picture you sent. She’s the prettiest girl I’ve ever seen!’ The doting mother led her son to the settee adjacent to the fire.
‘She’s something else. The best thing I’ve found in the Capital. The best thing I’ve found, period. I’m in love with her.’
Father stood up, took a drink, and walked over. ‘Tell us all about her, son,’ he said. ‘We want to know all about her and about this project that the two of you are working on.’
‘Darling, no,’ Mother interjected. ‘We just want to know about her. About the two of you. Your happiness. Tell us a Christmas love story.’
He proceeded to do just that as a clean, light snow began to fall from eastern-Georgia to western-Pennsylvania and beyond. From his parsonage in Virginia, Father Alojzy saw it falling out of his window while he said his deep evening prayers of thanks. Tom and Carmyn walked through it, laughing as they nuzzled and cavorted. It dusted the wide shoulders of mighty Tulkas as he stood motionless, watching and waiting. The Vispoli family drove through it as they returned, once again, to New England. Far to the south, Wendell Hubbard brushed it off his daughter’s hair as they loaded their car for tomorrow’s road trip.
And, if for only a moment, the world was still. Peace on Earth. 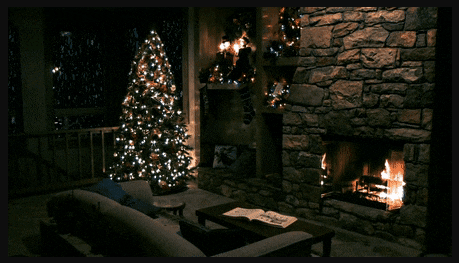 **That, friends, was both a reminder of fiction past and a preview of sorts. May it also serve as a subtle reminder of the promise and gift of Christ and Christmas. The National Affairs return next week with the usual, or maybe something else Yuletide-ish. An early Merry Christmas!