I know. I was shocked too. But, it’s a new year (happy 1998!) and we must all change with the times. Everyone can agree that if America needs something, then it’s a privatized college football league. If there’s anything else, then it’s another tax. All the cool politi-critters are a squeaking away about it - like fat stupid rats locked in the cheese factory. If the peeps could be roused from the sofas and the Netflix-Sackler Family comas, then they’d be on-board too. And, this is not an idea that I come to lightly. Careful study of the articles even here at TPC gives credence to the popularity of the phenomenon.

MB lamented both the death and the fiscal failings of The Textile Man: “There's so many folks out there that bust ass every October & December to make those property tax payments & here he was just not paying them.” Our esteemed editor, just last week, pondered why the home county folks “don't pay their damned property taxes…” Seriously, you scofflaw slackers! If you don’t turn over your money (and, is it really ever “yours”?), then how can the good Sheriff continue to pay Commy Traig or whomever hundreds of thousands of dollars per year!? Any and all local political corruption depends on your financing. Do your damned jobs!

Da hit the national tax scene hard, heavy, and nobly with his Letter to the 2020 Democratic Nominee: “we still need a wealth tax for the good of us all.” Here, here! You darn tootin’ we do!

I have not spoken with Bess, Kayla, Fred, the Sheriff, or the Sharif about this, but I know for certain they are all in agreement.

Da was right - we need a wealth tax. It’s time for the truly wealthy to pay their fair share. And, truly, who’s wealthier than … The Federal Reserve? Back in October, I replied, in agreement, to Mr. Millsaps heartfelt thoughts as follows: “How about a 100% tax on all Federal Reserve assets, real, fake, and potential? I've got an idea…” Well, I do. Here it is…

As a preliminary matter, there’s the proper mechanism to consider. The civilized part of me, and the nostalgic part, would like to propose something feasible within the bounds of the law. So, when I say “wealth tax” for Constitutional compliance, I may really mean “income tax.” This differentiation may be purely semantic because we’re talking about the same ultimate thing. Why, if everything is fiction, does it matter if the source is the underlying assets, or the income derived therefrom. In modern Amerika, we have no real money. It’s all of it voodoo fiat based on a never-ending stream of fake debt and measured by digital currency literally crafted, without limit, from a sorcerer's dark crystal. While nominally hideous, for purposes of our argument today, this is great! It is also possible that the following proposal might covet legality pursuant to Congress’s Article One authority to regulate bankruptcy because that’s kind of where we’re going. I am also fond of a jurisdiction striping clause, viable if never utilized.

Then again, as this is no longer a nation of laws, then what the hell does it matter? I think that even an emergency Executive Order would work. Or it would if we had a President willing to make use of precedent. Our current CIC acknowledges that there is an active coup against him (and there has been since at least the summer of 2016, maybe since 2015), but does absolutely nothing about it. Even given the powers accumulated by Lincoln, Bush II, Obama, and the rest of the rogues’ gallery. How would you, hypothetically armed with the most powerful military on Earth, respond to a literal coup? Me too. But, back to the theory of taxes.

Let’s call it a wealth tax and let’s assume we can impute what is or is not wealth. I suggest the imputation because the level of wealth we’re concerned with is infinite. Think about it: if a private bank can create any and all sums of money, instantly and effortlessly, then its resources are infinite. Accordingly, I propose two wealth tax brackets:

Now, we have no need for a rate of infinity. How could that possibly work anyway? No. All we need is enough. What’s enough? I think an amount sufficient to pay off all debts would do it. And, I mean ALL debts - federal, state, what “we owe to ourselves…”, what we owe to the sorcerers, local debts, corporate debts, mortgages, student loans, credit cards, all other personal or private debts, etc. I might go so far as to cover all the unfunded liabilities and even the derivatives bets (however those might be calculated). Another fun trip to ye olde National Debt Clock gives a glimpse of the magnitude. Likely, it’s at or above $1 Quadrillion, but that’s okay. Our wealthiest of the wealthiest of the grifter class has that and more to spare. By the way, this is also called playing their game by their rules. Fun, eh?

And, spare the dough they would. I’m liking the E.O. mechanism more and more. That would allow us to bypass IRS or Treasury collection and just send a battalion of Marines to seize the electronic printing presses. Caveat: any opposition would constitute terrorism warranting instant enemy combatant designation and immediate summary “prosecution.” Wouldn’t you love to see the grabblers resist?!

In a way, it would be a one and done operation. With everything reset all that would be needed would be a few minor economic and political adjustments. A gold standard again. Usury made illegal - taking a loan would mean losing the proceeds and your promissory note, maybe being slapped upside the head once; making a usurious loan would be a capital felony. The existing central banking criminals would be hurled into the sea (to the certain consternation of the aquatic life, sadly yes). Scrap the Fed-Gov and return to the Articles and things should be peachy forever.

I do realize there will be the slightest impediments to my plan but, in advance: you’re welcome!

Ah! Next week, having put to rest this peskiest of little issues, I think we shall get serious and tackle a real and pressing matter - like regulating dem viral, bootylicious TikToks and whatnot. 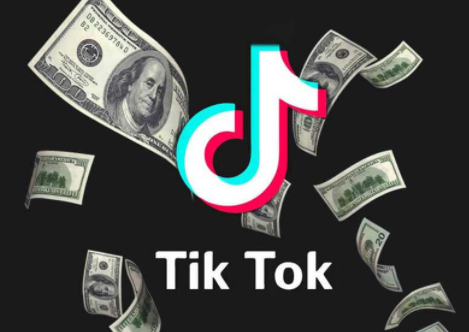 The TikTok TaX, yo?