Greetings, friends, and welcome back to The Chronicles - Your Source for the REAL Story.

Well, it's that time again, it's time to countdown the most read stories of the year. 10 through 6 will hit tomorrow; the Top-5 on Tuesday, New Year's Eve. Thanks for reading & enjoy!

This piece was written after the City Council & Mayor voted to approve changes to Ms. Knight's employ:

Another major item of discussion of late has been the recent changes made to Ms. Knight's employment contract with this city, particularly with regards to a severance package that awards her approx $40,000 if she is terminated without cause & the ability for Knight to maintain access to the city's health benefits up to the age of 65 even if she is no longer in the employ of the city (Knight would have to pay for it, however). 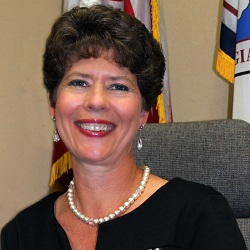 
The piece I wrote about my good friend & political compatriot right before the Covington election.

He's good people. He really is. And though he's over a decade my junior, I look up to him in many ways. His easy demeanor, his sense of equity, fair dealing & adherence to the Golden Rule. How he's able to juggle everything he does. How he just really wants to make a positive difference. And how he's able to brush aside all the haters & the noise in the system. Yes sir, I think the world of him, I surely do. 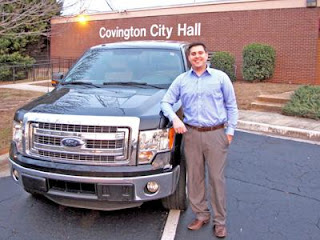 As it turns out, the lies & noise in the system carried the day & Covington lost the service of a great man (see story #12).

March 10th, 2019, a day which would live in infamy for at least a few folks in & around the home city. Looking back, I believe it to be the impetus for Fleeta running for city council, it also sparked the nuclear-explosion blowout between me & [redacted*] Sammy Hay (*just kidding: redacted means crazy; moreover it stands for a crazy, mean as a snake, 'bout the most thin-skinned, hypocritical & a pathological liar you'll ever likely come across...just, you know, in my personal opinion & all --TPC Ed., MB McCart). 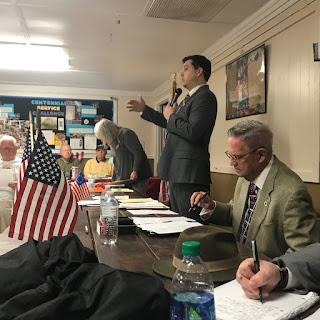 And then the kicker was the closing speech by Mr. Sid Haggard. Well...I'll put it to you this way: after hearing that wise man give that speech, it almost made me wish I was still a dues-paying member of the NCRP. Almost..

It was a great day, I thought. Everything was done in accordance to GRP & NCRP bylaws, the Convention Rules, and Robert's Rules of Order. This was a clean convention. All aboveboard, though I understand the Green Badges will be appealing it because, after all, this is Newton County.


Another reminder that there are a lot of folks out there that have a real knack for losing all good sense & are always pissed off about perceived slights & aggressions. Oh well, c'est 'la vie.

The piece I wrote the day after the Covington municipal election.

A good man, Josh McKelvey, lost last night. And unfortunately, that's politics. Somebody's gotta win; somebody's got to lose. It's a damn bitter pill to have to swallow, though, when you see ignorance & lies carry the day. The egregious acts that several folks in the home city have recently committed will not be forgotten by this writer, nor likely forgiven anytime soon.

As an aside, I've already spoken to two people (and the numbers show there are several others) that voted for Horton & Fleeta but were NOT supporting Floyd. It's my understanding that this wasn't necessarily part of the plan. The political strategy of the  Horton slate was straight out of the Rountree/Landmark playbook (and I can't wait to see Horton's total bill to those Swampers...and isn't it ironic that these folks are talking about draining the "Covington Swamp" ... Jesus, take the wheel).

Yep, they were gonna hammer my good friend Josh McKelvey to lower overall support for Plitt & Johnston. And it worked. But remember, you play with fire & you can get burnt. And now you've got Don't for 4 years.

Actions have consequences; be careful what you wish for...

An attempt at a substitute budget based on a lower millage rate (13.2 vs 13.44) presented by Stan Edwards, 1st district Commissioner, couldn't get a second. Nancy Shulz, BOC 3, voted with Edwards against the higher budget while Demond Mason (BOC 2) & Ronnie Cowan (BOC 5) voted for it. And then, as mentioned previously, Banes broke the tie in favor of the tax increase.