Ed. note: welcome to the first TPC Profile Piece in quite some time. Balance. A word I keep repeating & striving for, but...well, you know. A key component of TPC over the years has always been its desiring to share the arts, culture & music of the most beautiful region in America, in addition to the REAL Politick and all of  that other stuff; however, we're really wanting to get back on it (and we've always had a larger geographic footprint w/ the music & art stuff vs the Politics). Also, our Associate Editor, Ms Kayla La'Sure, is going to be helping out on this moving forward, so be on the lookout for the return of "The Music Minute" on the reg, as well as more TPC Profile pieces & more! As always, we greatly appreciate you reading. - MBM

Sarah Zúñiga is a Singer/Songwriter that resides in The Classic City - Athens, GA.

I first became aware of Sarah in 2017 & have since followed her career w/ much interest.

She is such a talent. With soulful & excellent vocals, coupled w/ great songwriting & impressive guitar chops (she's got this Flamenco-meets-Classical-meets-Appalachian finger-style thing going on), Sarah is truly a #NextLevel Artist. 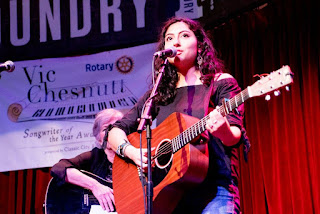 Over the last several months Sarah & I have communicated back & forth virtually and we've got a Q & A to show for it.

In the meantime, here's some backstory:

Sarah Zúñiga is a New York born singer-songwriter and guitarist who has made Athens, Georgia her home. Sarah is fluent in Spanish having parents from Ecuador and Nicaragua; a different but beautiful combination...
...Sarah has written and composed a great deal of songs both in Spanish and English in genres including folk, coffeehouse, and alternative. Some of these songs will be featured in her upcoming debut EP, Someday Soon. She has released her first single, People Do Crazy Things For Love, on Spotify, iTunes, GooglePlay, Apple Music, and Amazon! You may find her on Reverbnation, Facebook, Twitter, and YouTube as SarahZunigaMusic...

...Sarah’s ongoing mission is to reach out to a major audience and inspire hope and realism through her catchy melodies and honest lyrics. Her songs stand out from the rest because her lyrics display raw human emotions, whether of sadness, rage, joy, fear, or excitement, channeled into music you can get into.

TPC: How old were you when you first started seriously singing? Playing Guitar? At what age did you realize that music is really what you wanted to do?

- I was fourteen years old. I had just moved to Athens, had no friends and was a complete outcast at my school during that time. My father was a musician and I asked him to show me three chords on his nylon string guitar. From there, I began to study songs and musicians such as Regina Specktor, Ingrid Michaelson, and Norah Jones. I started to understand how song structures worked, its timing, tones, and subtleties including the pronunciation of certain words for focus or possibly mere vocal strategy. At 17 I moved to NYC where I was accepted to the American Musical and Dramatic Academy; a conservatory for musical theatre students. I think I could have been successful in that world, but there were aspects of that world that got to me. The environment felt toxic as the teachers scared the students into discipline; it was something I had never equated with music. It’s not that I wasn’t strong, but there were many questionable things I witnessed including being told by a teacher that I would have limited roles due to my ethnicity when assigning the class the task of picking a character to sing a song from. It was class, and we were new students; we should have had the opportunity to be creative and break those barriers. Nonetheless, after class I made habit out of going into the piano practice rooms, and naturally, songwriting to release stress and sadness. It was my therapy, and even walking back to my apartment, I would sing my new songs out loud or in the rain. It’s New York City and when you feel like the main character, singing out loud in public isn’t that weird. Soon after that time in my life I thought to myself, why live through this unhealthy environment when even my teachers don’t believe I will have a place on stage despite my recognized talents, when I could be an independent artists and write my own music? That’s when I knew.

TPC: While certainly there are folk & alternative influences in your music, I've seen you kind of "rock out," especially w/ some of your full band stuff I've seen on FB. How much is Rock & Roll an influence for you?

- Rock is at my heart’s foundations, but folk personally allowed me to learn the fundamentals of songwriting, vulnerability, and storytelling. When I write songs, they are always folk songs to me in their essence as I work them out in my room. When I transfer them to the studio, however, I like for them to take on a life of their own and through that process they become much bolder. The band influences the song with their own contributions, so even though I birth the song, we all bring it to life and let it flourish. Not to mention, we love bringing energy onstage and rock helps us get people dancing and feeling emotional. So while the essence of the song is folk as its flows through my veins while being written, letting it build into alt-rock makes it even more powerful and fun on stage. Truly, I want people to enjoy themselves at my shows; to let loose a little, since we all have enough stress in our lives. 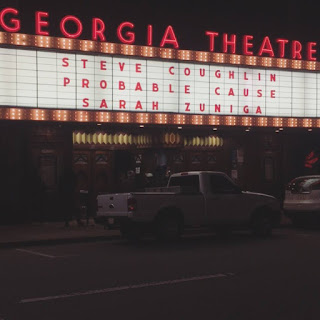 TPC: And speaking of influences -- w/ your ancestry being both Ecuadorian & Nicaraguan, are there any musicians, traditions or genres from either of those countries that you really have an appreciation or an ear for?

- Absolutely, and I really appreciate this question. More than anything, I have absolute reverence for the music of my countries. Latin America in general has such incredible lyricists and musicians, and I strive to achieve that level of honesty in my own music. One particular element that my music has, which may have been influenced from some Latin music is that even my more upbeat happier sounding songs are actually quite sad.

TPC: Tell me about 2020? As a fellow musician, I know it was tough. How was this crazy year for you?

- 2020 was so strange because when you think of it as a whole, it feels incredibly heavy and empty, but the truth is there were many pockets of positivity. Aside from songwriting, I have been finishing up my dissertation as a grad student in Global Ethics, which as been both challenging and rewarding. Last year I wasn’t able to spend my birthday with my family, as I was living in London for my studies, but this year I got to spend it with my parents and younger brother. 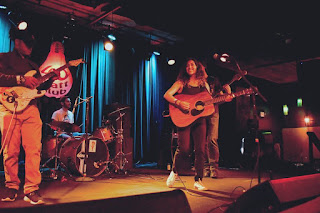 TPC: You seem to have a true gift for lyricism. What are some of the major themes w/ songwriting? Also, your songs' vocals have really good melodies. Does that just come naturally?

- Truly thank you so much. I appreciate your words! I told myself a while ago that I didn’t want to write love songs, at least, not the typical aspects of love that we constantly hear about. There’s nothing wrong with it, but I wanted to sing about the aspects of things that we tend to divert from because they are uncomfortable to confront, admit, or talk about, even though they tend to be vague in my songs as well. It’s a learning process. My main theme is breaking down certain feelings that arise from very specific circumstances, and yet are very relatable to us all. I could never feel the loss you have felt, but we all have felt loss in our own way, and that’s the feeling I want to resonate. Music is healing because it is pretty confrontational in its nature. When I studied songs at 14, I originally wanted to be a pop star. I was young, but it did help me understand how hooks and melodies worked, which helped me make catchy tunes. It does come more naturally to me now, and I want to be stuck in your head when you hear my songs, that way you can download my music. It’s so helpful to indie artists like myself!

TPC: What are you spinning these days? Last five or so albums you've given a listen to?

- If you’re like me, your music taste is everywhere and I mean everywhere. The past five albums that I’ve really enjoyed are the following: SnailMail, Bad Bunny, BTS, The Head and The Heart, and Bad Bad Hats. (Ed. Note: I admit, I had to look all of those up. The Head & The Heart, though! That's good stuff. For the record, I'm not a Boomer; firmly Gen X, thank you very much.) 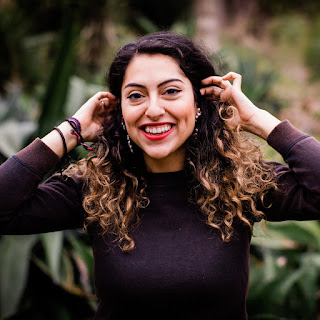 TPC: What are your plans for 2021? Any new releases upcoming? Any planned shows?

- Yes! I am releasing a new album called, “Quiet Places, Dark Spaces”. I am so excited for the release of this project, though we are currently in the process of taking it to the studio right now. The last album I released was when I was 23. I am 27 now with new stories to tell. I want this album to be a work of art. It’s been carefully crafted, and there are wonderful musicians contributing to it. This album is for the heavy-hearted, those going through seasons in their life where they are finding it hard to eat, sleep, or let their mind rest. It has alt-rock elements and well as indie, and I hope when it is released you download it on on iTunes and let me know what you think! Please follow my instagram page and Facebook page for updates on it! I look forward to sharing this album with you all and the other projects that will come with it. Marshall, thank you so much for having me and thank you to all reading The Piedmont Chronicles.

...
Seriously, folks, I'd highly recommend giving this great musician & singer a listen. Her video page on FB has lots of great tracks & performances, as does her YouTube channel.
As always, thanks for reading.