A White Paper by Marshall McCart: The Cascading Ripple Effect of the Proposed New Minimum Wage

Ed. Note: here's a piece I've been working on for a bit regarding the minimum wage thing. Yesterday, our CFF Feature Writer & National Affairs Correspondent Perrin Lovett gave his thoughts as well.

With the recent developments of a Biden White House, along w/ Democratic control of both the House of Representatives & the U.S. Senate (technically), some are speculating that a $15/hour minimum wage is actually close to becoming a reality. For the record, I don't think so. I think a compromise will have to be made (there's actually at least a couple of Democratic Senators who are more conservative than a few of their GOP counterparts)  & we'll likely see something more like in the $10-$12.50 range.

Regardless, this is a terrible idea...

Based on most information available, only approx 3% of the US Workforce actually makes minimum wage. So, the question is begged -- why is this even a thing?

The obvious answer to this is two-fold, in my estimation.

1. Control. Sending a clear & concise message that the federal government is, once again, the end-all, be-all arbiter of force in America vis-a-vis all things, especially economic, but also basically everything else.

2. Part of a concerted effort to tank the American economy so as to reduce her sovereignty & therefore empower China and the global power elite to reduce her might & clout.

Of the previous two points, I know I'm absolutely right on both of those just like I know that the sky is blue & the sun will rise from the east tomorrow morning, though at least a few of you reading this will think I'm totally wrong.

I'm tempted to just leave it at that.

But you need more, yes?

Let's say we have a product. We'll just call it "The Product" for our purposes.

The manufacturer of said product sells this product to various wholesalers/distributors at a price of $10 per unit (some, who buy in bulk - maybe a little less).

*Most all goods in America have multiple levels of distribution (except, now, Amazon).

So, Biden & the America Last crew gets a $15 minimum wage passed & that increase goes into effect.

This manufacturer sees that they'll have to increase their price by 32% to make it up w/ the increased labor costs. So, the product that was $10 per now goes up to $13.20.

The wholesaler/distributor that was paying $10 per unit (and was previously charging a 100% mark-up on) is now having to pay $13.20 per; however, now the wholesaler is dealing w/ the same problem that the manufacturer had. Their workforce payroll is now also having to increase. Based on their in-house analysis, they've found that they'll have to increase their mark-up by 27% to make up for increased labor costs on top of their previous gross mark-up of 100%. So, instead of the $20 they used to charge the retailers that bought from them, it will now be [$13.20 x 100% mark-up, plus the additional 27% because of the minimum wage hike] : $33.53 per to the retailer (a total increase of 67.6%; and we're still not done).

Now to the retailer. The business that actually sells to the public.

They have now seen their cost of goods sold increase the aforementioned 67.6%. This retailer has always used a 25% mark-up/gross profit model. What they used to sell for $25to the general public, will now undoubtedly have to go way up.

BUT...Big But...this retailer now has to factor in their own increase of labor costs. They've found that they'll need to tack on an additional 22%.

So now, when it's all said & done, the retailer will now be selling "The Product" for the new price of:

So, the minimum wage has increased two-fold & so will the prices.

The two points are these:

1. Corporate America will weather this storm very nicely while a large majority of small, independent businesses won't (a win for the unholy alliance of Big Biz & Big Gov - and China, et al).

2. A doubling of the money supply will only greatly benefit the bank$ters & Wall Street.

And that's the fact of the matter, America.

If you've already gotten it; or, now you get it. Well Done! Thanks. Now get off your asses & go make a difference!

For those of you who made it to the end of this & are just still stuck in your own general malaise & dissonance ( or can only do what your phone tells you to) -- bless your hearts!

We're all still pulling for you, though... 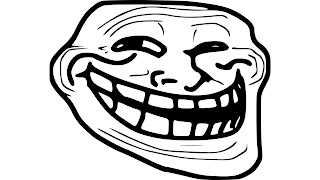