“Okay. So a Veep and a Rabbi walk into a firestorm…”
Complete that joke as you like - my head hurts. But a laugh helps a little. That’s what I got out of this brand new story from Yahoo! “News” and I thought I’d share.
Mike Pence, doing what Vice Presidents do, traveled to Michigan to headline a campaign rally for Lena Epstein. Mrs. Epstein is a proud Republican running for Congress. She’s also Jewish. Trump, when not available himself, channels his inner Warren Zevon and sends the envoy - Pence in this case.
I’ve been to rallies like this, once even having forgotten my boots and shovel. It gets deep quick but, as everyone’s typically in the same party, no one seems to mind. Words were said, probably about taxes, jobs, the military, Israel, and making some country between Mexico and Canada great again. Stock stuff.
Then! Then, as is typical with these events, a prayer was offered. Here, matters of political identity and decorum can occasionally raise their heads. Pence is a Christian, Epstein a Jew, and the Michigan voters are probably Lions fans. So, who leads the prayer??? Rabbi? Pastor? Priest? Matthew Stafford?
Pence, likely with Epstein’s approval, settled the matter by offering up one Loren Jacobs, a “Christian Rabbi” from the area. But, “wait!” you say. Christians don’t have Rabbis and Rabbis aren’t Christian. Confusing possibly, but it’s a big country. The “Jews for Jesus” are a sect of Christians - I once knew one - who use Judaic titles and seek to convert Jews.
The hubbub it seems regards Jacob’s purported representation of all local Jews and his words of prayer offered for the victims of this weekend’s mass murder at Tree of Life Synagogue of Pittsburgh, PA. For those poor souls, he prayed in Jesus’s name. One might say that a prayer is a prayer, although one could also sense a sleight in action.
"Messianic 'Judaism' is a branch of Christianity and offensive to the Jewish community. Lena Epstein knew this and so did Pence and his team. This wasn't ecumenical; it was an insulting political stunt," said “real” Detroit Rabbi Jason Miller. There’s also the hot on the heels of the Synagogue shooting angle. Outrage. Firestorm.
For her part, Candidate Epstein noted, “My family's history as Jews and my commitment to my Jewish faith are beyond question. I invited the prayer because we must unite as a nation while embracing our religious differences in the aftermath of Pennsylvania."
The shooting everyone - except the sorry likes of the shooter himself - can agree was terrible. However, the rhetorical trouble starts with this religious differences business, especially concerning Christianity and Judaism. Just WHAT is the problem with a Christian Messianic Jew for Jesus offering a prayer for anyone in America? Are we not reliably informed that the two religions, at least between the Atlantic and the Pacific, are practically identical? We are.
America is, and always has been, a nation founded on “Judeo-Christian” faith. So we are told by the giant intellect of the dark web, Mr. Ben Shapiro: “The fact that America is Judeo-Christian and not merely Christian is a reflection of those facts.” 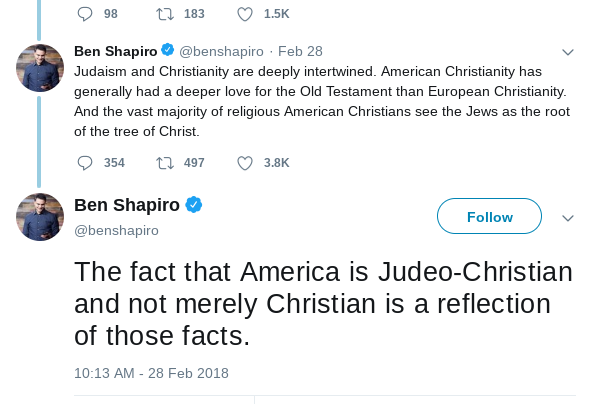 Benny S./Twitter.
So, what’s the problem? Maybe Jacobs is just a Jew that identifies as a Christian. Or, visa versa. A lot of people identify as something or another and, according to the pop culture, the mere identification makes it so. That creepy, tatted-up,  weirdo with the beardo man in a dress really? He really is a woman. Today. It the women’s restroom. Watching your 10-year-old daughter. Perfectly normal…
And, we’re told to dispense with our religious hang-ups. “Wall of Separation!” That’s why we have Muslim’s leading prayers prior to Congressional desecration and why we have open Satanists “blessing” local commission shenanigans. All perfectly normal in Amerika. 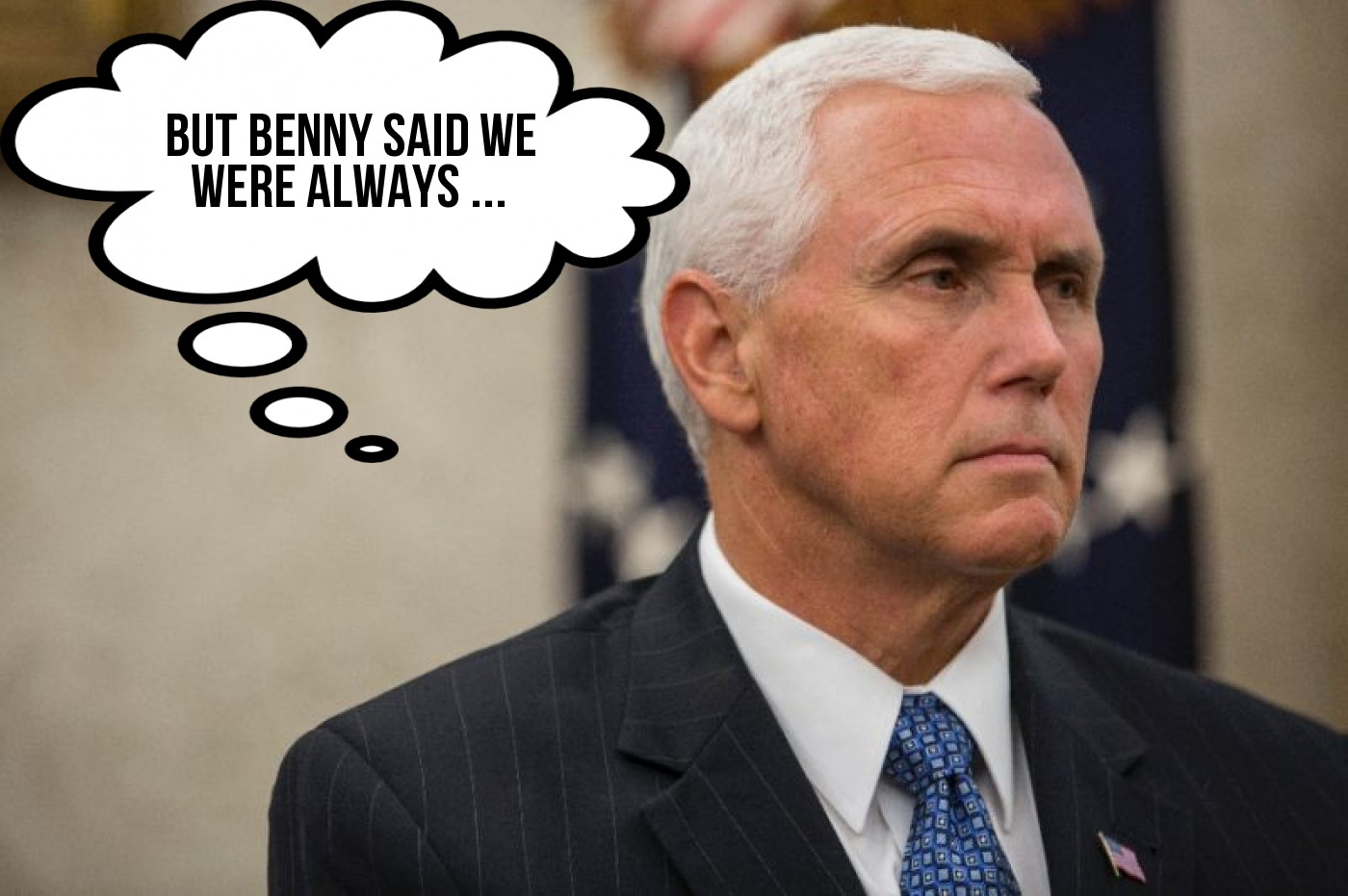 Picture from Yahoo!, modified by Perrin.
Forget that the Founders, and all the English Posterity of their day, nearly universally recognized America as a Christian (period) country. Forget that “Judeo-Christian” wasn’t even a term before the 1860’s and never really got any popular traction prior to 1950. Forget that it’s only a handful of Evangelicals in the USA - and virtually no Jews - who use the term. Forget that, based on the kinds of people present in 1776, America must be at least as much “Islamo-Christian” as it is “Judeo-.” And, for God’s sake, forget the atavistic differences, between Jews and Christians, in the interpretation of central figure in Christianity, Jesus Christ.
Forget all of that. It must have been this way all along, whether anyone knew it or whether it really was or not. Would Ben “the Jordan Peterson of Judeo-Christianity” Shapiro mislead you? Okay .... forget that too.
The point here is that, even if you don’t believe in identity politics, identity politics believes in you. And, it will come looking for you, your good intentions notwithstanding. Better identify the right identity.