[MB McCart] - Following Up on the Proposed Refugee Shelter Situation

Last week I'd written an article in which I discussed the proposed refugee shelter on Turner Lake Circle that the Covington Planning Commission had previously voted unanimously to deny.

In that piece, I wrote the following:

What may have gotten lost in the shuffle with this situation (and also in part due to the higher interest given to the proposed apartments on Hwy 36), however, was that the owner of this property had to also sign off on this petition. That owner?

One Ricky Mock, of Mock Properties I LLLP.


After that piece came out, I had a few folks tell me I was either being unfair, or was simply flat-out wrong. I'd said that Ricky Mock was the owner of the property & had signed off on the paperwork. 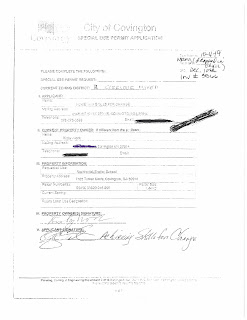 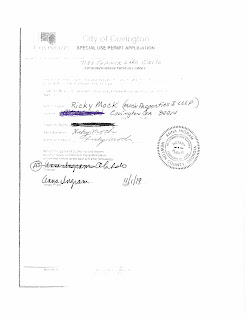 So, obviously, I was correct (see above).

However, as I am ever after the REAL Story, I decided to follow up & reached out to Mr. Mock.

On Tuesday morning I had about a 5 minute chat with the man I got the following information according to Mr. Mock:

- there was never a signed lease between Mock & the proposed tenant.

- Mock had purportedly told the lady who was trying to do this: "I don't the city is gonna go for this...don't think you'll get approved."

- Mock also said the lady was not forthcoming with information, and that he did not have any knowledge of the refugee aspect of this shelter.