The City of Covington has a fresh look in 2020 as there is a new mayor, two new council members & a new city manager.

Thank you for allowing me to serve as your Mayor.  I am humbled at the opportunity.

I was born in Newton County and I have lived in Covington for more than forty-five (45) years.  My wife Mary, a local school teacher, and I have been married for thirty-eight (38) years.  We have one son and daughter-in-law, and two grandchildren.  They live in Covington too.
I went to Newton County public schools from the first grade through the twelfth.  Since then I have obtained a Bachelor of Business Administration Degree (BBA) from Mercer University and a Master of Public Administration Degree (MPA) from Troy State University.
Before retiring at the end of 2013, I worked for nearly thirty-six (36) years at the City of Covington.   I began my employment at the City of Covington as a Patrolman in the Police Department. After reaching the rank of Lieutenant, I transferred to the Electric Department as a Lineman.  Later, I was promoted to Safety Risk Manager for the entire City.  Over the next twenty or so years I served the citizens of Covington in a number of other positions including Police Chief, Public Works Director, Deputy City Manager, and City Manager.
I believe that my lengthy and broad work experience, while at the City of Covington, has prepared me well to serve you in this new capacity.  In fact, while I was employed as City Manager, if you called an elected official with regards to some issue or problem that you were experiencing, I am the one that they forwarded your complaint to in order to get it handled.
I appreciate the relationships that I have been able to develop with so many of you and I am grateful that Covington is my home.  I look forward to serving you and this community over the next four (4) years as we continue to build a bright future together.
Ultimately, my approach to government leadership is simple, it is “people first” and I will, with all that is within me, work faithfully to serve each one of you and this community to the best of my abilities.  You deserve it! 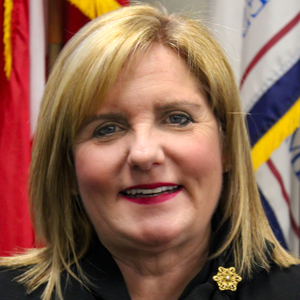 Fleeta Baggett was born and raised in Covington, GA. She is a graduate of Valdosta State University. She’s a life-long member of Covington First United Methodist Church and a devoted mother to her only daughter, Madelyn Baggett. She was the owner and operator of Trinkets, a gift shop and folk-art store which was located on the square in Covington. She moved to Daufuskie Island, SC in 2012 to assist in running the day to day operations of two local golf courses.  She retired in 2016 and moved back to Covington full time. She currently serves on several boards - one of which is CASA, Court Appointed Special Advocates for children in our foster care system.  Working with children has always been a passion of Fleeta’s.  She is excited to be on board with the city and looks forward to helping move Covington in positive direction.

Don Floyd was born in Porterdale and has lived in Covington since birth, except for four years while serving in the military. A 1968 graduate of Newton County high school, Don served his country proudly in the Coast Guard from 1968-1972.  He was certified as a Public Manager from the University of Georgia and was the Chief Fire Officer for the Commission on Fire Accreditation International (just the 89th in world).
Don was appointed by Georgia Governor Brian Kemp as a Trustee for the Georgia Firefighters Pension Fund. He is the past president of the Kiwanis Club of Covington and is a member of Golden Fleece Lodge #6 where he has achieved the 32nd degree. Don is a proud, life member of both Kiwanis International and the American Legion Post 32. Don is also a member of Covington First United Methodist Church and the Newton County Board of Education from 1995-2006 and is a Leadership Newton County graduate where he served as the chair. Don also served as the chair for the Eagle Scout Board of Review.
Forty-nine years ago, Don married his high school sweetheart, Marcia Elizer and they have two sons, Michael and Thomas, daughter in laws Stephanie and Katie and is the proud grandparent of Andrew, Emma and Sarah. 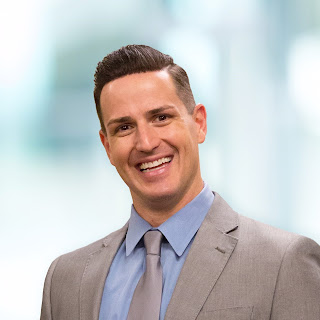 Scott Andrews has worked in local government for over 16 years and has served as the City Manager since December of 2019.
Andrews previously served as the Assistant City Administrator for the City of Smyrna, GA from 2017 to 2019, the Economic Development Director in Sugar Hill, GA from 2014 to 2017. His prior local government work experience took place in Temple Terrace, FL from he served from 2003 to 2014 in numerous leadership roles.
Scott is a native of Tampa, FL and has a master’s degree in public administration and a doctorate in organizational leadership. Scott is passionate about economic development, quality of life initiatives, community building, and youth engagement.
Dr. Andrews is a Credentialed Manager candidate through the International City/County Management Association (ICMA) and a certified Economic Development Finance Professional (EDFP) through the National Development Council. He is an active member of the International City/County Management Association and the Georgia City-County Management Association (GCCMA) serving on several committees. Andrews is a past participant of Leadership Gwinnett and Leadership Cobb.