The Memorial Day weekend of 2019 has passed us by. Summer approaches. All across the Several States, mortarboard-wearing students graduate from the high schools. Many have had their intellectual faculties turned off since fifth grade, disengaged as much by the education system itself as by hormones, peer pressure, or electronic distractions.


In his 2017 book, Out of the Ashes: Rebuilding American Culture, Anthony Esolen noted two primary problems with America’s government school system: “There are only two things wrong with our schools: everything that our children don’t learn there and everything they do. The public schools, with their vast political and bureaucratic machinery, are beyond reform.” Ch. 3, pages 68-69.


His suggestion in the same paragraph I had already taken action on, even before reading the same - my own mission in partibus furibundis. But, the raging may as well have been against Stone Mountain; I’m worn out and it’s still there, unchanged.


A burrito is a terrible thing to waste… 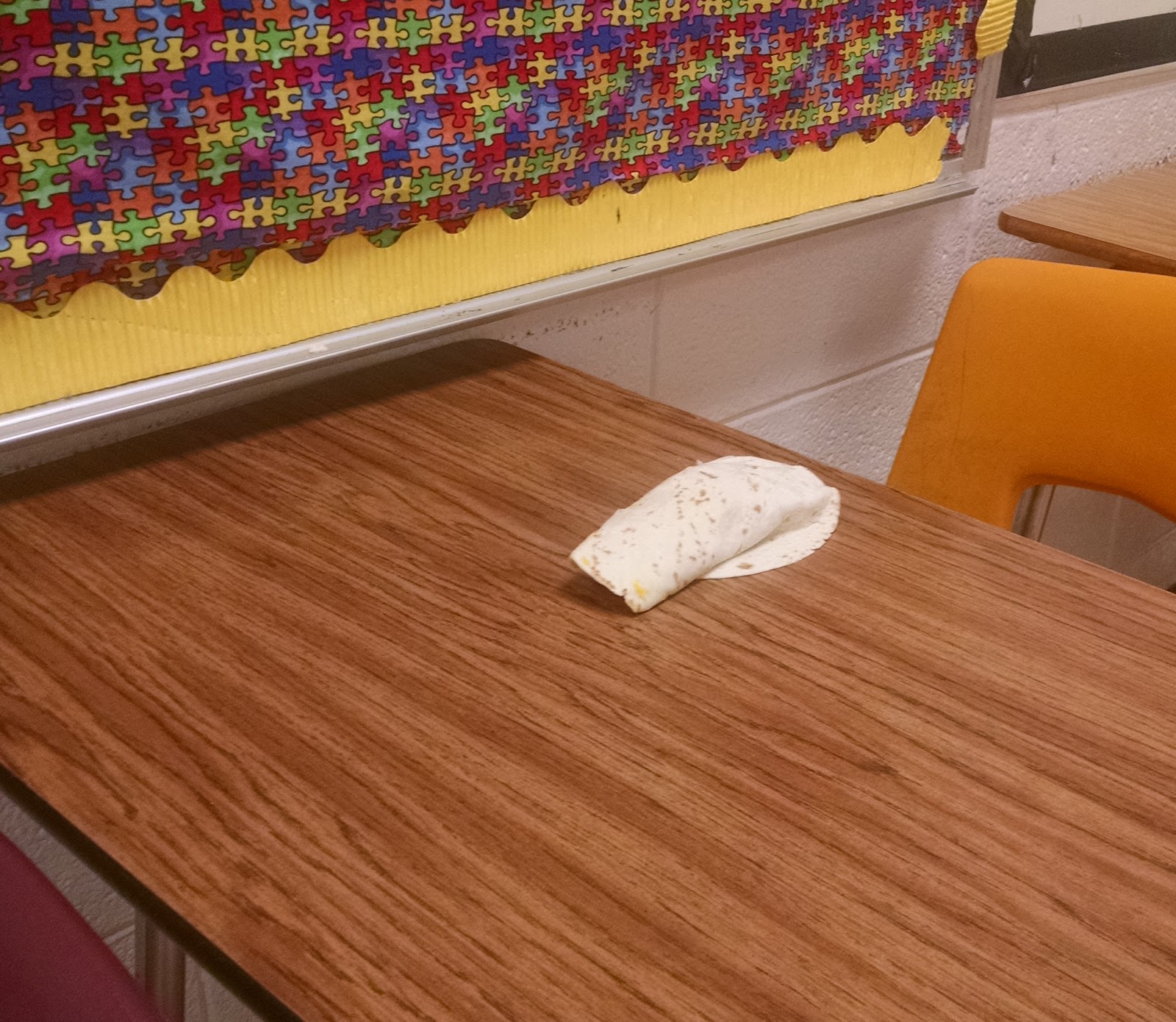 
Esolen’s observations are correct. Last year, before I commenced my grand experiment (of which, more will be revealed sooner or later), I had already reached a similar conclusion. I presented some novel suggestions in the spirit of remediation. To those, I now add proposed solutions to address Esolen’s dual issues.


As for what the children do learn in their prison camps: abolish the damned schools. I’ve said this before. Esolen says essentially the same thing. Literally rolling through the buildings with CAT D12s, while admirable, is the extreme solution, and thus, likely lost on the multitudo ignarus. Everyone loves a system, so I’m trying to come up with a multi-tiered compromise approach. In the meanwhile, individual abolition is quite feasible. Simply enact one of my previous alternatives, or consider the following suggestion.


The solution to what the children do not learn is - you may have already guessed from my usage herein, above - Latin. Reinstitute Latin grammar education - as early as second grade. Decades of newfangled schemes have progressively made matters worse. Thus, give the old school a new try. I The “why,” I for now leave to Cheryl Lowe and her “Top Ten Reasons for Studying Latin,” all of which I agree with. They are, in short summary:


1) It’s the natural next step after phonics.
2) Half of English is Latin or has Latin roots.
3) Science terminology is based on Latin.
4) As is law, government, logic, and theology.
5) Latin grammar improves English grammar.
6) Learning Latin prepares the student to learn any other language.
7) Latin develops critical thinking. (Perrin’s favorite)
8) Latin connects the student to all other academic pursuits.
9) Latin is the integrating factor for cumulative learning.
10) Western Civilization depends on it.


And, there are many more good reasons. To find out more, contact a Latin school organization like Highlands Latin of Louisville, Kentucky. Curricula (more Latin) can be tailored to fit any homeschool or homeschool “cottage” study. Additionally, there is a growing movement to open traditional Latin schools, many of them with Christian devotion.


Last week, it was my high privilege to sit down and chat with the Headmaster of one of Highlands’ “franchise” schools. As I told a friend, it was one of the most intellectually stimulating conversations I have had in at least a year. It was inspirational too. A classical education is not a panacea. It will not fix everything “wrong” with teens and tweens, nor will it solve, by itself, solve all societal maladies. But, it is a strong start. And, it works.


Young Miss Caroline Campbell, of Augusta, Georgia, is a testament to the fact. Campbell, a 2019 graduate of the Westminster School, was named one of the Augusta Chronicle’s “Best and Brightest” this year.


This latter-day Edith Hamilton is, among many other things, a National Latin Exam Gold Medalist. (She also SHOOTS CLAYS competitively!) This Fall, she’s off to UGA to major in Classics - in the department where I honestly - apologies to MB and C.F. Floyd - probably should have concentrated my academic energies. Per reason six, above, she also studies Mandarin. My guess is that her command of French, German, Spanish, and maybe English exceeds my own. Let her be an inspiration to others.


There will be MUCH more in this vein later. For now,


Some other items in the news:


Nationalists turn on the electoral heat in Italy, Austria, Germany, France, and the UK. Western Europe is early in the process of saving itself (Central and Eastern countries wisely rejected the rot from the get-go).


Treason by and from elements of the deep state is a given. News from D.C. and from Italy indicate insane efforts to undermine the Trump administration. Thus, multiple investigations are underway. People are nervous. Need they be? Don’t count on it. I predict that Trump will be as effective at draining the swamp as he has been building his wall. I hope I’m wrong.

Crossfit, the corporate entity that spawned countless fitness programs around the world, has preemptively ditched both Facebook and Instagram, citing abusive thought policing by Big Social. They’re not the first account deleter nor will they be the last. That’s the WOD.