When I got the news several weeks ago that Tom Evans had passed away I felt my heart sink. 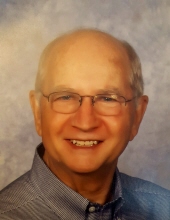 I knew he hadn't been well for years, but I just always figured he'd be around. Even if we hadn't spoken in years, I figured I'd see him again at some point.


Mr. Tom was a friend of mine, and a mentor as well. I probably learned more from him about "real real estate," human nature & jokes in poor taste than just about anybody else I've ever come across in my almost 45 years of hard livin' on this big, green earth of ours.

When he retired from General Motors back in the day, before he had his amazing Second Act with his career in real estate, his employees gave him an axe handle as part of his retirement gift. It was perfectly poetic because that was Tom's famous catchphrase - "Handle It."

Basically, he was saying that he trusted you, and that he believed in you & if that you were hired for this particular gig - even if he didn't do the actual hiring - then, probably (hopefully), you could "handle it."

He was like the Bobby Bowden of real estate mentorship in the Covington/Conyers, GA real estate world back in the early & mid 2000s. - Give 'em a long leash & hell, let's see how they do.

Of course, we saw how that worked out w/ his old realty partner, Brad, but...that's just how it goes sometimes, ain't it?

So we had a this high-dollar, bank-owned listing that we co-listed back in the late winter of 2003, Tom & me.

I'll just say this, now that it's been right at 17 years (GREC has a 3-yr Statute of Limitations; aggrieved "consumers" [customers or clients] have six) - it was truly a Murphy's Law type of situation.

We got through It, Though

A few months later I ran into Tom at the office & basically said something along the line of this - "Hey, Mr Tom, I'm so damned sorry for that shitshow from awhile back."

He looked at me, incredulously, for a few seconds & then responded w/ something pretty much like this:

"What, that deal we got done against all odds & that $15K commission we split ? You're sorry about that?! Good God, McCart! You're scaring me!"

The Man, The Myth, The Legend

Whether it was his performance at that RE/MAX trip to that Braves game back in...maybe '99, 2000? Or perhaps it was his genius bit about stealing those flowers from a freshly dug grave back in the day to give to his steady girl, but there was certainly just something special about "Tom Terrific."

Maybe it was how he made you feel like you were the most important person in the world when he was talking to you, or perhaps it was just his unique ability to concisely say in one or two sentences what you were thinking but would probably need multiple paragraphs to articulate?

Yeah, pretty much all of that.


People, the world was most assuredly made poorer by the passing of Thomas Hamilton "Tom" Evans on December 4th, 2019 & while I've come to the sad conclusion over the years that I'm basically about 3/4ths  as intelligent as the the average person, of that much - I am sure. Truly a good man, he will be sorely missed by many.